HAVE YOU SIGNED AN NDA?THINKING OF SIGNING AN NDA?RECOGNIZING an NDA

Please note that none of this constitutes legal advice specific to your case but information for public education. 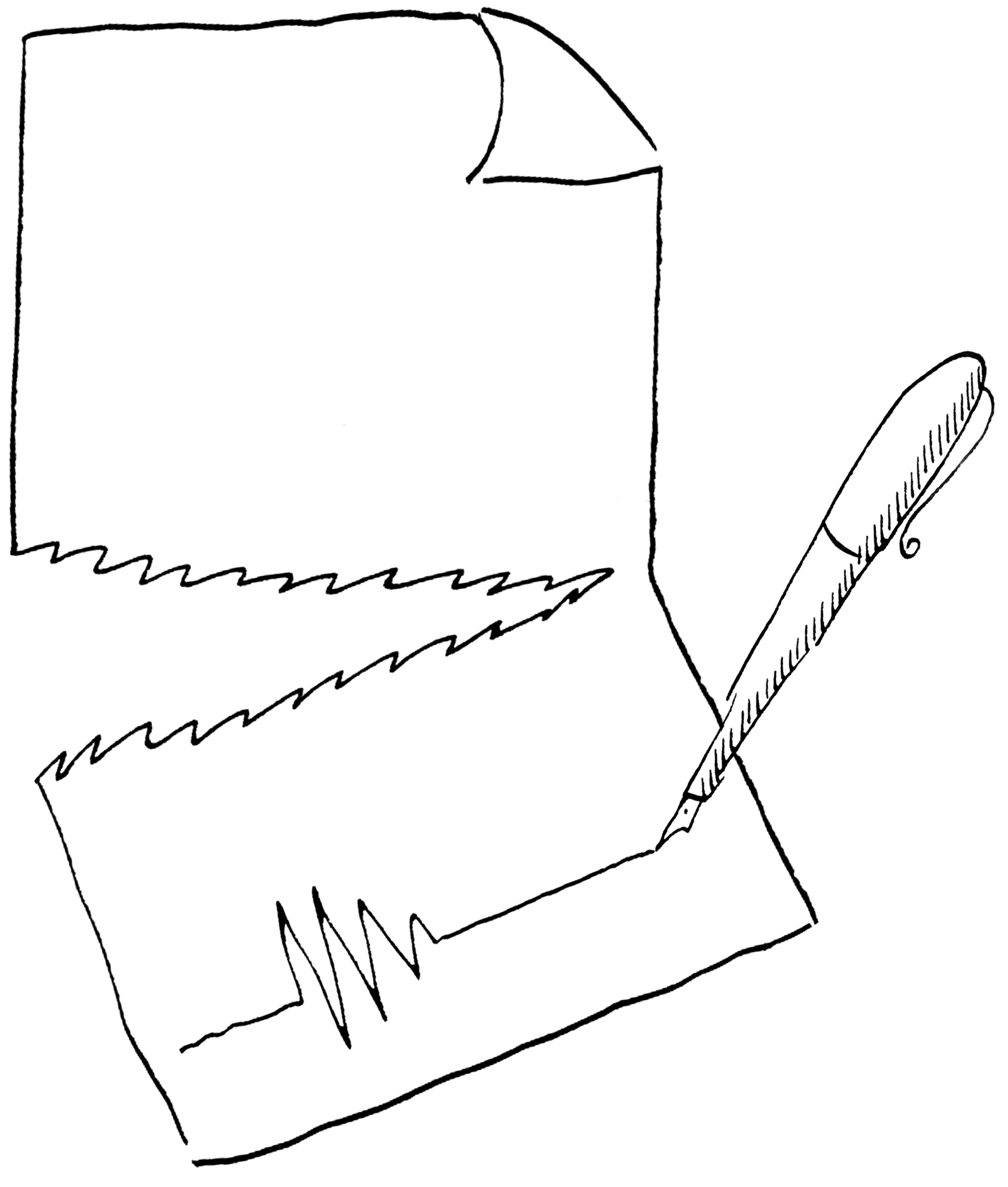 HAve you signed an NDA?

If you have already signed and NDA and regret it, then please consider the following, a large proportion of NDAs are unenforceable and are documents that rely on the threat and fear of retaliation. The reality is the guilty party are unlikely to want to cause publicity by suing you if you contest it. We cannot guarantee this so here are some actions you could take:

Write your own story (without any personal identifying information) for our “testimonies” page.

Inform your member of parliament

Assert your support for the ban of NDAs. Tell your government representative about the stifling abuse and prevalence of NDAs.

Telling your lawyer you regret your NDA agreement is not a breach of contract. Your lawyer may not realize how much you resent the NDA and how much suffering it has caused you.

Engage with your union

If you are unionized tell your union representative about your dissatisfaction with the NDA and advise the union to avoid future NDA compromises. Encourage education and safeguards for union members.

Ask for a release

Consider asking the other side to release you from your NDA. We shall shortly be providing a template letter to help you to do this.

The aim of our campaign is to legally dismantle NDAs. We want to highlight how detrimental NDAs are, when coerced on people. Bad publicity will make enforcing your compliance unappealing for organizations supporting NDAs.

NDAs signed under duress or without comprehension of legal language and consequences can be challenged in court.

THINKING OF SIGNING an NDA?

It has become ’standard’ for lawyers to ask for an NDA in settlement or grievance negotiations. But an NDA is NOT a required part of of this process  - you do not have to agree and certainly not without thinking through the real consequences or being gagged for ever. The only required clause in a settlement agreement is a “release” that says that you agree not to take legal action with regard to the complaint now or in the future

Ndas are not mandatory

Do not accept that you are powerless. Know that NDA’s are not mandatory for a settlement. The employer or institution primary desire is to avoid public embarrassment or bad press.

Negotiate for a one-sided confidentiality clause that protect your identity but does not stop you from speaking about your experience.

Negotiate for fewer restrictions in the NDA. Communication restrictions with friends and health professionals are not required.

Negotiate for a period to think and consult with others. This is not an environment for high pressure sales. You are not required to sign on the spot.

It is your right to decline

If you are jot comfortable or do not understand the NDA it is your right to decline. Most cases will settle anyway, with or without an NDA.

RECOGNIZING AND UNDERSTANDING AN NDA

A non-disclosure agreement or an NDA is a signed legal document that restricts sharing information with others that is designated as “confidential”. This means at minimum the whole agreement and its terms, and sometimes more besides (see below).

An NDA has no time limits and is intended to bind the parties to stay silent for ever.

NDAs are also sometimes used before anything bad has happened but to ensure that if it does, it cannot be spoken about – for example, at the beginning of an employment relationship, before a particular event or a meeting.

Here is a breakdown of where we see NDAs most often.

In disputes outside the workplace

Before you begin to negotiate or mediate, or before an investigation

HOW WILL I RECOGNISE AN NDA

An NDA clause will be part of a much longer agreement that you make to either settle (resolve and end) a formal complaint or a legal claim, or an agreement you sign to begin a negotiation/ mediation/ investigation about your situation.

There are many different types of NDA clauses and some have wider reach than others. The language is often very dense and complicated, but here are some examples of the most common clauses which will help you to recognize if you are being asked to sign an NDA.

“The parties confirm that they agree to keep the existence and terms of this Agreement and the circumstances concerning the termination of your employment confidential….”

This means that the other party is claiming that you cannot speak about anything related to your situation, to anyone, for ever.

Current law makes it clear that you cannot be prevented from reporting a possible crime to police. However, the subject of your complaint may not be a crime (most sexual harassment is a civil matter and not a crime for example) and or you may not feel comfortable or hopeful about reporting what has happened to you to police.

The current law also carves out an exception for the purposes of reporting your compensation to tax authorities. As well, whistleblower laws mean you cannot be prevented from reporting misconduct in your organization.

Many NDAs deal with this by adding a general exception to the NDA that says “if required to do so by law”, for example if a whistleblower makes a “protected disclosure” about workplace misconduct.

Exceptions to the NDA

Some NDAs write in other exceptions to the gag, for example,

“The terms and conditions of this Memorandum of Agreement shall remain strictly confidential between the parties and shall not be disclosed to anyone other than ….”

There will then follow a list of people to whom you CAN disclose. These may (you should check) include

Some NDAs allow you to speak to a counsellor, an advisor or even family members only if that person also promises to keep all information relating to this settlement confidential (not always possible because of responsibilities placed on them by their own professional regulator)

On the employer’s side, other exceptions may be written in, for example,

“Employee further agrees not to aid, assist or encourage any person asserting claims against the Company…Employee may state only ‘I can’t talk about it’.”

“A breach of this confidentiality paragraph will be deemed to be a material breach of the Agreement and will entitle Company to recover liquidated damages in the amount of $20,000 for each occurrence of breach.”

“Employee acknowledges that this paragraph prohibits Employee from e-mailing about or posting any information about Employee’s allegations on any social media networking site including…..”

Some clauses go further and give control over the public narrative to the Employer, for example,

“The (organization) shall remove all records of complaints or discipline issued to …. and material related thereto from his personnel file.”

Non-disparagements clauses go much further than the legal duty not to defame another person by saying something untruthful about them. A non-disparagement clause forbids you from making any kind of negative comment (true or not) that might damage the reputation of the other side

“All messages, settlement offers, and documents that are shared in Stage 1 – Negotiation or Stage 2 – Mediation of a … case are private and confidential. That means that Users cannot: • Describe them in detail to others… • Openly discuss them at a meeting … (with others) • Publicly post or distribute them … • Otherwise disclose them to individuals who are not part of the … case … (These) confidentiality requirements do not expire after the case closes. Users must maintain confidentiality during a case and after it has concluded.”

My lawyer says that I should sign this agreement immediately: can I ask for time to think about it?

You should ask for as much time as you need. You may also want to discuss it with someone whom you are not allowed to speak to about it and if that is the case, you should say so and ask for them to be designated as an exception to the confidentiality agreement.

The agreement says only that the amount of compensation paid to me is confidential is that normal?

Yes, this is a very common term in a settlement agreement. You may be willing to accept confidentially about the amount of compensation (or not). What you should be looking out for is confidentiality restrictions that go further than this.

I have a clause that reads: “The terms and conditions of this Memorandum of Agreement shall remain strictly confidential between the parties and shall not be disclosed to anyone.” I'm not sure if this means that I still can talk about my complaint but just not the settlement?

It’s very unclear. It is very likely that the other side wants you to understand this is meaning you cannot talk about your complaint or situation at all. This may be something you want to ask the lawyer on the other side, or if you have your own lawyer, ask them to clarify.

If on the other hand the clause reads (e.g.) “the terms and conditions and circumstances surrounding this memorandum of agreement” then yes, you are again being asked to keep everything that relates to the facts of your situation confidential.

Does this mean I can’t even say that that we made an agreement?

Again, it is very unclear but yes, it may mean that. Many people deal with this by simply repeating in answer to the question, “I’m not allowed to talk about that.”

Is my NDA even going to be enforced by the court? Surely it is obviously unfair and I signed without fully understanding and under pressure.

Many if not most NDA clauses may not be enforceable by a court for these and other reasons. However, such clauses are still being included to intimidate people.

So far, non-disclosure agreements have only rarely been tested by the courts which is why the answers to these questions are sometimes uncertain. And this is why we need new law to ban cover-up NDAs from the beginning!

If you have other questions that are not answered here, please email them to info @CBMS.com and we shall do our very best to respond.

Please note that none of this constitutes legal advice specific to your case but information for public education.

REALITY: NDAs often retraumatize victims by isolating them from potential supports and preventing them from discussing what happened

REALITY: It’s easy to draft confidentiality clauses that protect victims’ information while still allowing them to speak out if they choose

NDAs, like any other clause, are negotiable. You can reject one entirely, extend the parameters of who the victim can tell their story to, or limit how long the NDA applies

MYTH: NDAs restricting a victim’s ability to speak to ANYONE about what happened for an unlimited time are “standard”

REALITY: NDAs, like any other clause, are negotiable. You can reject one entirely, extend the parameters of who the victim can tell their story to, or limit how long the NDA applies

When victims push back against NDAs, employers frequently agree to settle disputes without restricting a victim’s right to tell their story

REALITY: When victims push back against NDAs, employers frequently agree to settle disputes without restricting a victim’s right to tell their story

MYTH: It’s important for employers to be able to protect their reputations with NDAs

REALITY: NDAs should never be used to protect an employer’s reputation if they allow employers to “pass the trash” and put other people at risk

NDAs are reasonable and not overly restrictive

NDAs are often too broad, and can prevent victims from speaking to friends, family, and even therapists about what happened

MYTH: NDAs are reasonable and not overly restrictive

REALITY: NDAs are often too broad, and can prevent victims from speaking to friends, family, and even therapists about what happened